Bessemer is in the movies again. The City Council on Tuesday passed an ordinance authorizing Mayor Kenneth Gulley to enter into an agreement to lease the Henry Sweet House on Arlington Avenue as a movie location, with filming starting this month. Film officials said the Sweet House will serve as the backdrop for a Syfy Channel thriller. Once underway, filming is expected to last for approximately two weeks. The company is also expected to film in other locations in the city of Bessemer this month. Film officials said they were drawn to Bessemer after scouting its downtown and neighborhoods. Film producer Lisa Hansen said Bessemer’s scenary is great for movies. “We want to come back again” she told members of the City Council Tuesday night. Veteran Hollywood producer/writer Rich Salvatore, who is also working on the project, said he plans on filming another movie on location in Bessemer later this summer. Salvatore said he has already scouted locations in Bessemer and neighborhing Hueytown for the movie, which will be centered around racing. Bessemer is not new to the film industry. Last year, the movie Run the Race filmed game scenes at Bessemer Academy’s football stadium. Scenes were also shot on Bessemer’s streets. The film starred Mykelti Williamson, known for his role as “Bubba” in the movie Forrest Gump. According to the website International Movie Database (IMDb), other films have been shot in and around Bessemer. For more information on movies shot in Bessemer and surrounding areas, visit: IMDb. 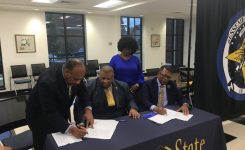 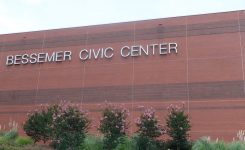