FAIR HOUSING PLAN UPDATE FOR THE CITY OF BESSEMER FY 2017

FAIR HOUSING PLAN UPDATE FOR THE CITY OF BESSEMER

From this demographic review, it appears, upper income families, both black and white, left the city in significant numbers over the last fifteen years. Whites have decreased as a percentage of the City’s population.

Public Housing and Section 8 voucher programs were examined for housing patterns. Records of the Bessemer Housing Authority reveal that at any given time the housing units under their jurisdiction are approximately 95% occupied by black households and 5% by white households. This does not reveal a pattern of discrimination, considering the overall 70% black, 30% white, racial makeup of the City, but it may show the reluctance of low-income families to racially mix housing even when that housing is provided by government subsidy.

The economy of the City of Bessemer steadily improved since the recession of 2008 until 2015, when the latest consolidated plan was developed. In that same time frame unemployment has also improved. It is believed that a growth in new business and jobs can help to create a healthier demand for housing. As such economic development and opportunities for housing go together.

The perception of Bessemer as an undesirable place to live has been mitigated to some degree because of positive publicity resulting from economic growth. The City has, and will continue to encourage, an economically diverse housing market while at the same time continuing to meet the needs of its low-income residents. Housing assistance programs identified in the Consolidated Plan are intended to accomplish that objective.

Lack of Transportation, Limited Employment Opportunities, Blighted Housing Stock and Credit Worthiness of Low to Moderate persons have been identified as the impediments to fair housing choice.

Transportation: Access to employment, medical services and social services are limited by the availability of public transportation. Limited access in any of these areas can limit fair housing choice by limiting access to employment. The present public transportation system is provided by Jefferson County’s MAXX System. The system serves many areas of the City, but some areas, especially those areas most heavily populated by the elderly, have accessibility problems.

Employment/Economic Development: The City of Bessemer’s 8.9% unemployment rate may relate to the general economic downturn of 2008 and the resultant slow economic recovery experienced throughout the United States in subsequent years, but it also related to a lack of job availability specific to the area. The need for new economic development activities and job creation is essential to fair housing choice.

Blighted Housing: The City of Bessemer’s housing stock is in generally poor condition. Foreclosed and abandoned properties number among the highest in Alabama with a HUD needs analysis score ranging from 16-19. Blighted housing in many areas of the City impacts not only quality of life, but access to insurance coverage, which, in turn, limits fair housing choice.

Credit Worthiness of Potential Homeowners:  Over the course of many years the City has determined that one of the main impediments to providing loans for housing relates to the credit worthiness of low to moderate income applicants.

In order to enhance the availability of transportation for low-to-moderate income persons, the elderly and the disabled, the City contributes to the Jefferson County Mass Transit System. In 2010 the City of Bessemer received a grant from the Regional Planning Commission for a study to determine transportation needs. That study was completed in FY2011.To date the City has not been successful in applying for grants to acquire buses for a transit system within the City. While a transportation hub that has been identified as a significant need the City has no means at present to fund a hub. However, the City continues to work with the Regional Planning Commission in the hope that such a project can be undertaken in the near future. Cuts in CDBG funding in recent years have severely limited the impact CDBG funds can have on transportation. The City must rely on grant funds and partnerships with other agencies for the funding necessary to improve transportation.

Economic Development is the key to lowering the unemployment rate. Lower unemployment translates to an improved ability for Bessemer’s citizens to earn the income necessary to qualify for loans and improve housing choice. The City of Bessemer has worked diligently, and will continue, to attract new business and help grow existing concerns. The challenge for meeting underserved needs in creating job opportunities with livable wages has been great. Incentives for attracting investment include such tools as tax abatements and Tax Increment Financing. Present economic development initiatives are expected to result in several hundred new jobs for the City over the next five years. Taxpayers License Documents indicate 484 new small businesses have started up in Bessemer since June of 2014. This list lends credence to the fact that Bessemer’s economic development activities have provided many new opportunities for employment and that the City’s plan to lower unemployment through economic development has been successful to date. In addition, the Bureau of Labor Statistics indicates that unemployment in Bessemer has improved from a high of 17.2% in June of 2009 to a low of 8.9% in April of 2015. While continued economic development activities will always be necessary, those to date have been effective. Of course, the list of new businesses does not reflect business expansion, but new business growth and existing business expansion are related.

In addition to the above the City of Bessemer commits some $125,000.00 in General Funds and $53,661.87 in CDBG funds on an annual basis for youth job training programs in the belief that these programs will provide a better work force and lower unemployment in the long term.

The City of Bessemer has addressed and plans to continue addressing the problems associated with the poor condition of its housing stock and the opportunities for home ownership with its CDBG Housing Program. The City, as a CDBG entitlement, has a broad and effective housing program designed to provide loans and grants to improve housing and to provide opportunities for home ownership. The City has implemented a program to demolish dilapidated housing on a heretofore unseen scale. The City has allocated $250,000.00 annually, since 2012, in General Funds to demolish blighted housing. The City is demolishing, on average, 120 houses per year. The City has begun a partnership with Habitat for Humanity for housing rehabilitation and reconstruction. The partnership will serve to leverage City rehabilitation funds and take advantage of the properties acquired through demolition. The Bessemer Housing Authority issued 473 Section 8 Vouchers, 1070 public housing rental units and managed one 120 unit senior complex and one new 198 unit RAD multifamily facility in FY2016.

In addition to the two agencies mentioned above the City has partnered with the United Way of Central Alabama to provide credit counseling for low to moderate individuals. This process is directly related to one of the main impediments to fair housing in the Bessemer community in that the number of individuals who have deficient credit scores that would otherwise be eligible under CDBG housing programs is significant. The United way provides credit scores for underwriting purposes to the City and they also provide housing counseling and credit counseling services to CDBG participants to help them become loan eligible.

The City will provide $50,000.00 in matching funds to the Alabama Assets Building Coalition in FY2017 in order to facilitate the provision of grant funds for first time homebuyers in the City of Bessemer. It is expected that some 21 families will be served. This program will be effective as soon as the appropriate substantial amendment is in place.

Housing is an ongoing issue, but existing programs, initiatives and partnerships are and will continue to address those issues at an increasing rate.

Credit Worthiness of Potential Homeowners:  The City has partnered with the United Way of Central Alabama to provide credit reporting and credit counseling for all CDBG loan program applicants. These services provide applicants with a plan to rehabilitate their credit. Habitat for Humanity will also provide underwriting services and credit counseling under a new, pending agreement. 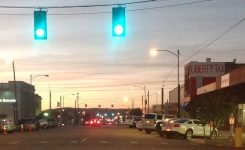 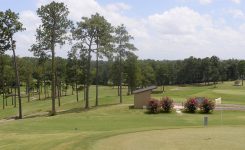