The city of Bessemer and Jefferson County will partner to host a free Household Hazardous Waste Drop-Off Day. The event is on Saturday, April 20, from 8:30 to 11 a.m. at the City of Bessemer’s Public Works Laydown yard at 1205 15th Avenue North. The event is open to residents of Bessemer and unincorporated communities in Jefferson County ONLY. Driver’s licenses will be checked. Other partners taking part in the event include the Alabama Environmental Council, Environmental and Recycling Solutions, Shred-It, Protec Recycling, Brothers Recycling and O’Reilly Auto Parts. Collection will close when capacity is met. Below is a flyer with information on what items will be accepted and what items will not: 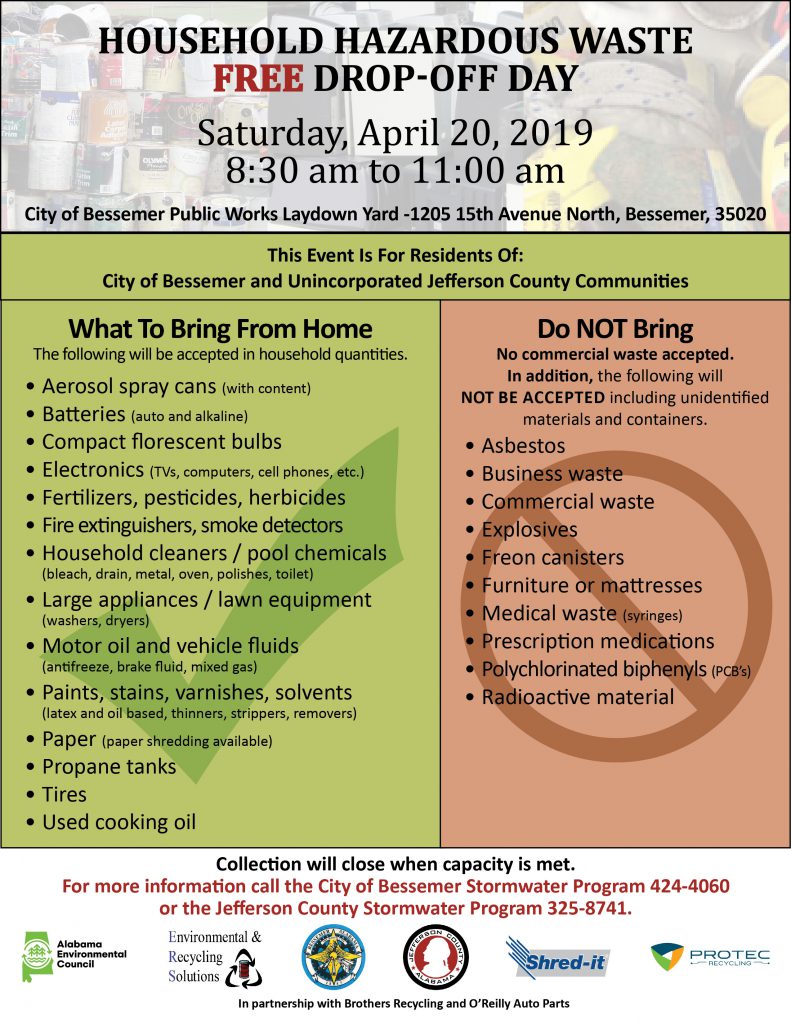 Get your tickets now to experience a “taste” of Bessemer’s finest restaurants and businesses.

The Fifth Annual Taste of Bessemer and Business Expo returns to the Bessemer Civic Center on Thursday, April 11, 2019.

Bessemer Area Chamber of Commerce president Latasha Williams said the Taste of Bessemer allows restaurants and other businesses in the city an opportunity to showcase their products to potential customers.

“This event gives attendees an opportunity to come and see some of the businesses that make Bessemer great,” Williams said.

Over 100 vendors participated in the event in 2018, marking four straight years of vendor and attendance growth at the Taste of Bessemer.

The deadline for sponsors and vendors to register is Thursday, April 4. Advanced tickets can be picked up through April 9.

For more information, contact the Bessemer Area Chamber of Commerce at 205-425-3253 or see the flyer information below.